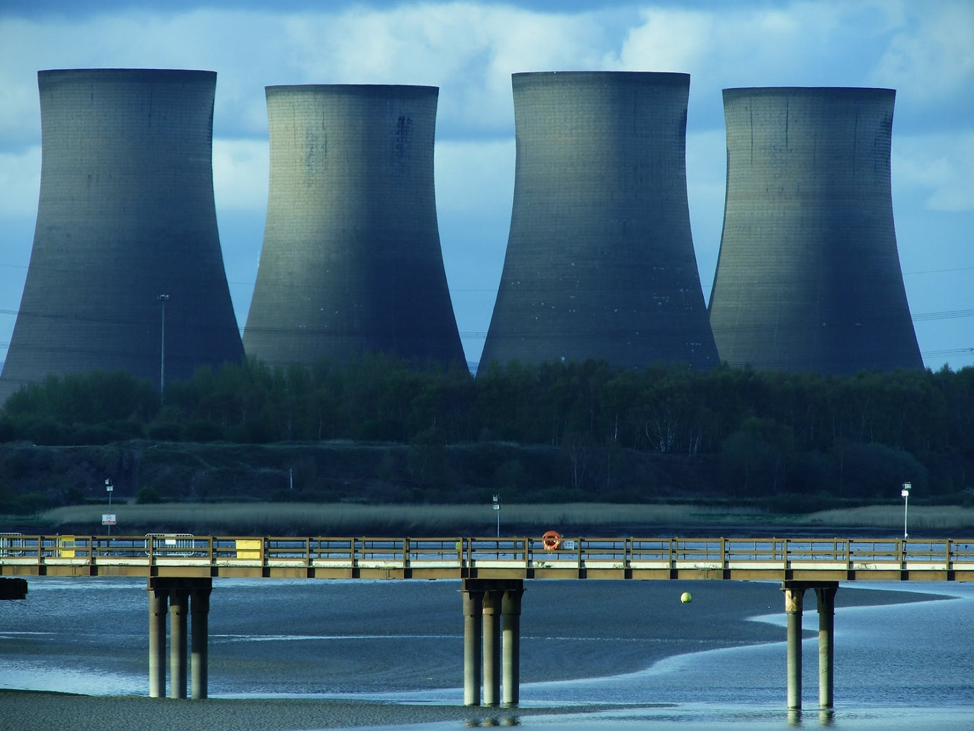 Alongside the current coronavirus pandemic, a slower, more insidious disaster has been playing out. The looming threat of climate change has brought about a bleak vision of the future: intense natural disasters, flooded coastal cities, widespread refugee crises, and an ultimately desolate and inhospitable planet.

Emissions have dropped significantly during the lockdown, with air pollution in major world cities falling as much as 60%. That being said, studies show that this temporary relief won’t be enough to prevent the oncoming environmental emergency.

Though the lockdown illustrates how behavioral changes can diminish pollution, scientists say underlying structural changes are needed. Specifically, countries need to transition away from fossil fuels and coal to renewable energy sources. Fortunately, many nations around the world have been doing just that. Here are optimistic signs of environmentalism from the era of the pandemic.

In a dazzling display of intentional cooperation, the assembly of a nuclear fusion reactor began in France this July. The 20 billion euro ITER project is a massive machine with the capacity to produce almost unlimited amounts of clean energy.

Built by a consortium of 35 countries, including China, Japan, Russia, America, Korea, Switzerland, India, and the entirety of the EU, this milestone is one of humanity’s most intricate feats of engineering.

While nuclear reactors are already popular in France, the technology is traditionally based in nuclear fission, which produces hazardous radioactive waste. A nuclear fusion reactor, however, produces 4 times the energy of a conventional reactor, with zero waste or exhaust.

Plus, unlike fission reactors, which have resulted in disasters (such as the Chernobyl accident of 1986), the fusion reactor runs without risk of a meltdown.

This technology, which harnesses energy 10 times hotter than the sun, leaves behind nothing more than a minimal amount of neutrons and helium. By pooling the knowledge of the world’s scientists, ITER offers humanity the prospect of a future without fossil fuels.

In fact, several EU nations have already decided to phase out the use of coal. Sweden shut down its last coal plant 2 years earlier than planned; Austria closed their final coal plant within the same week.

This transition is caused not only by the drive for responsible environmental policy but by natural market forces. Coal is developing into an exorbitantly expensive industry, especially in comparison to renewable sources, and countries are beginning to view fossil fuel plants as risky financial ventures.

While the UK still has some years to go before permanently ridding itself of coal, the nation didn’t power up any coal-firing plants for two months this summer, shifting reliance onto wind energy. Wind energy in the UK is becoming so cheap, studies suggest that offshore wind warms could begin reducing household electricity bills.

The British government has been subsidizing renewable energy projects, such as solar and wind power. With this investment, cheap renewable energy is projected to reduce costs within a couple of years. Most likely, the offshore wind projects will begin paying the money back to the government by the mid-2020s.

Though Germany admittedly constructed an additional coal plant recently, they also plan to shut down eight brown-coal operations by 2022. The plants are located in economically depressed regions, where jobs in the renewable energy sector (which already generates 50% of Germany’s power) are expected to rise.

In July, Germany also implemented a ban on single-use and disposable items. The European nation is guiding citizens from a “throwaway” culture to a more sustainable approach to consumption.

India, alongside the United States and China, is one of the world’s greatest carbon emitters. On the upside, India’s annual global carbon emissions have fallen for the first time in four decades.

Though the lockdown is partially responsible, it doesn’t take all the credit. As with other locations, India is beginning to recognize that coal is rapidly becoming less profitable than renewable energy. T

he lockdown is responsible, however, for a decline in airborne particulates. Due to increasingly clean air, the Himalayan mountaintops became visible in Jalandhar, in Punjab. The sight of the mountains, cloaked by smog for thirty years, serves as a reminder of the impact of pollution.

Canals offer a clever solution: glittering stretches of solar panels are suspended over the streams of water. In addition to producing local energy, and saving land, the coverings reduce evaporation, saving more water for people and crops.

The running water also helps keep the panels cool, improving their efficiency. With the aim of increasing the country’s solar capacity to 100 GW by 2022, it’s likely that these reflective, snakelike trails will become ever more popular.

In the state of Uttar Pradesh, 2 million residents planted 20 million trees along the river Ganges. In spite of the virus, the government of this highly populated state did not prevent volunteers, nonprofit employees, lawmakers, and government employees from planting truckloads of trees.

The participants wore masks and engaged in social distancing- of course, it helps that the distance they covered was over 235 million acres. India struggles with heavily polluted rivers, and the tree planters hope that their efforts will aid in keeping the sacred river clean.

India is not alone in executing immense tree planting projects. Its northern neighbor, Pakistan, is launching an ambitious 10 billion tree planting initiative. As the pandemic drove thousands of citizens into unemployment, the Pakistani government found a way to grant jobs while also improving the environment.

This 5-year plan, which started in 2018, relaunched in April of this year in response to the widespread job losses among agricultural workers. Now, thousands of employees, donning masks, and practicing social distancing, are working to plant 20 million saplings by the end of 2020.

Pakistan has shown a strong commitment to resisting climate change. The nation has already met the UN’s climate change goals a decade before the projected deadline.

On top of the tree planting initiatives, Pakistan has created the ‘Clean Green Pakistan Index.’ This program holds cities and towns accountable for providing sanitation, clean drinking water, green spaces and parks, and solid and liquid waste treatment and removal.

The Prime Minister recently announced that energy companies were withdrawing from plans to build coal plants auctioned off by the previous government, shifting instead towards hydroelectric projects. Due to its geographic position, Pakistan is highly vulnerable to extreme weather events and shows a determination to protect its citizens and landscape from the calamity of climate change.

In 2017, the Trump administration withdrew America from the Paris Climate Agreement. In the same vein, in August of this year, the E.P.A. made a move to lift Obama-era restrictions on methane, a powerful greenhouse gas. These policy decisions may be discouraging, especially given that the US is the world’s fourth-largest culprit of carbon gas emissions.

Nonetheless, the government still approved a plan to build the nation’s biggest solar panel project by 2022. The $1 billion Gemini Solar Project is slated to be constructed in the Nevada desert, 30 miles from Las Vegas. The facility is expected to power 260,000 homes in the Las Vegas area, offsetting the annual greenhouse gas emissions of roughly 83,000 cars. This construction deal will bring up to 1,100 jobs to the local community, flushing about $712.5 million into the economy. Upon completion, the project is anticipated to bring in over $3 million dollars to the US Treasury on a yearly basis.

41 states have already reduced their carbon emissions over the course of a decade, while simultaneously growing their economies. GDP numbers have increased, often while businesses and homes drastically reduced greenhouse gas emissions. This year, for the first time, renewable energy usage in the United States exceeded coal-fired power for a record 40 straight days. This was due to a seasonal increase in cheap solar and hydropower generation, as well as a general loss of energy demand due to stay-at-home orders.

Coal is often the first power source cut by utility companies when demand decreases, since government-subsidized renewable sources are cheaper to run, and frequently backed by state clean-energy mandates. Though the Trump administration has attempted to sustain the floundering coal industry, financial analysts speculate that the pandemic could speed up the transition to alternative energy sources.

Several American companies have vowed to take steps to combat climate change. Apple, the world’s most valuable company, released a plan last month to be 100% carbon neutral by 2030. The 10-year strategy involves using low-carbon and recycled materials in Apple products, improving product recycling facilities, and re-designing devices to be as energy-efficient as possible. The company also announced a carbon fund, to invest in the preservation and restoration of habitats in Colombia and Kenya.

The world’s largest asset management company, BlackRock, also released a letter earlier this year, promising to make environmental progress a number-one priority. Since many other brokerage firms rely on guidance from BlackRock, it’s possible that this decision may have a significant impact on the sector.