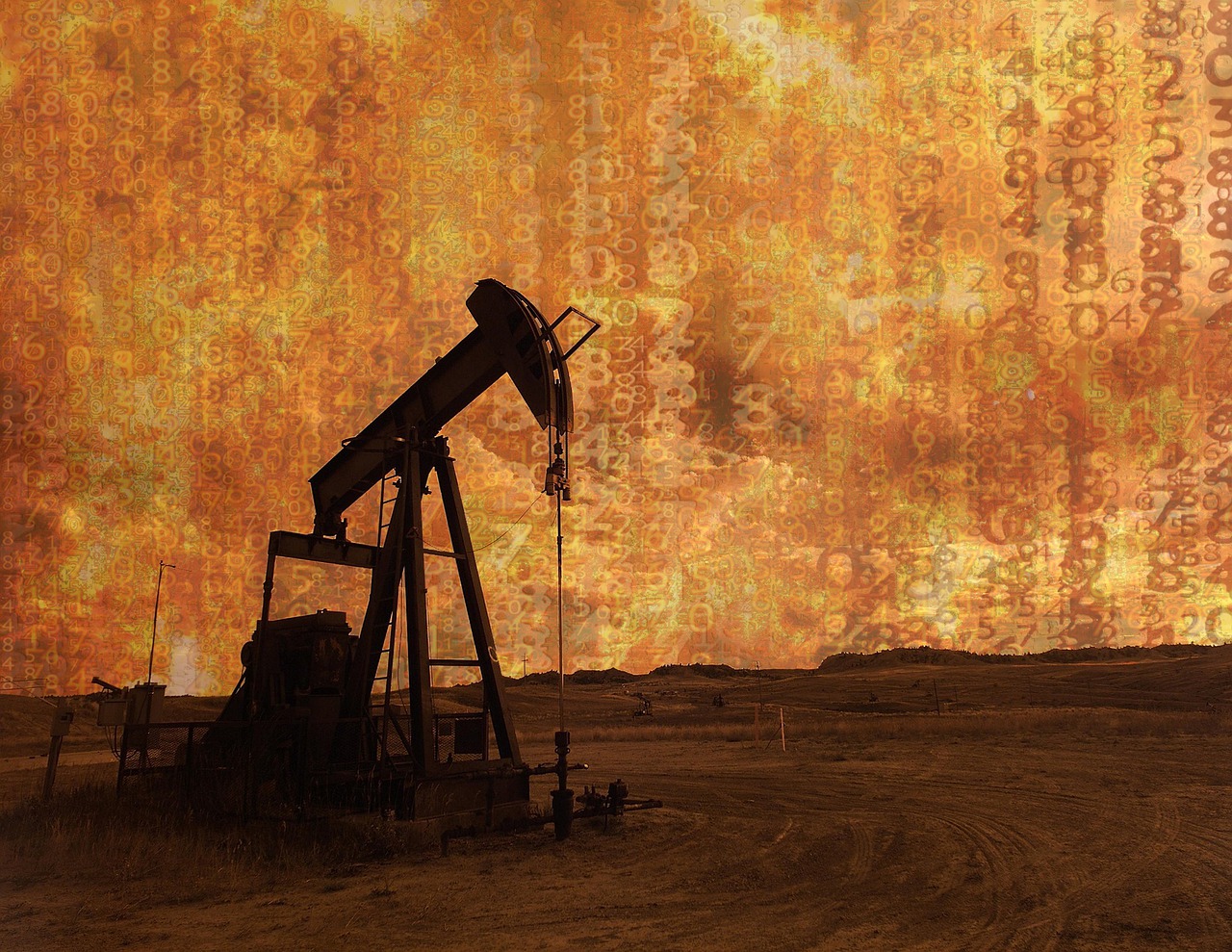 A novel coronavirus is affecting countries in every habitable continent, with recent shocks to oil prices only the latest wrinkle in the unfolding outbreak.

During trading on March 9, crude oil prices dropped to half what they were in January. This is an example of an oil shock. A shock is a massive change — in this case, in the price of a commodity that powers the global economy.

“My view is the downturn in the market is due to the virus,” says University of Oregon associate professor of finance Rob Ready, author of “Oil Prices and the Stock Market,” a February 2018 paper in the Review of Finance. “The oil prices are a sideshow.”

The oil shock, Ready says, is still adding uncertainty to equities markets already rattled by the new coronavirus. Oil stocks are down and airline stocks continue to fall, too. Still, he says it’s difficult to draw a stark line between this particular oil shock and recent ongoing stock market losses — considering the context that the volatility is happening alongside a global coronavirus outbreak.

“But that becomes a much more subtle story,” Ready says.

Here’s how oil prices became wrapped up in the novel coronavirus outbreak, and what the research says about how oil market volatility and stock prices usually interact.

The plunging price-per-barrel for crude oil comes down to simple supply-and-demand economics.

The novel coronavirus has hurt demand for travel and, as a result, has lowered demand for oil. Some companies in China, where the novel coronavirus originated, have mandated that employees telework. The European Parliament has told employees with health conditions to work from home, and the U.S. Office of Personnel Management wants federal agencies to be ready to have employees telework.

Amazon, Google and other major U.S. companies have halted or restricted international travel. Usually well-attended conferences and events have been canceled, like South by Southwest in Austin, Texas. Cities in hard-hit regions, like northern Italy, are turning into ghost towns without tourists.

The result is less travel, less gasoline and jet fuel being used, and less crude oil demand. And it’s not just consumers, airlines and conference organizers being affected. With supply chains from China disrupted for weeks, U.S. transportation companies of all stripes are facing uncertainty.

“The trucking industry is very concerned,” says Steven Polunksy, director of the Alabama Transportation Policy Research Center at the University of Alabama and recent author of a primer on how the novel coronavirus is slowing transportation industries. “They don’t know if the impact will be a shortage of truckers because of illness, or if it’s how truckload shipments will be affected. Our shipping ports are very concerned and seeing impacts already. The question is, how long is this bubble [of uncertainty] going to last?”

Polunksy also notes that more people staying home could lead to more shipments by van and small trucks, due to people ordering groceries and other essentials online.

Amid lower demand for oil, the Organization of the Petroleum Exporting Countries — OPEC — responded with a plan to cut production. OPEC is an international organization with 14 member nations that influence global oil prices by managing the amount of oil they produce. Collectively OPEC controls some 80% of the world’s oil reserves. Supply from OPEC nations is a key driver of oil prices, according to the U.S. Energy Information Administration.

Major oil producers Russia and the U.S. are not members, but Russia has closely aligned with OPEC since 2017 — until now. Russia refused to go along with OPEC’s production cuts. Saudi Arabia, a powerful OPEC-member country, responded by cutting prices and raising their own production.

The situation now is this: a novel coronavirus is reducing oil demand. Major oil producers are increasing supply. There is much more oil than there is demand, and that, coupled with direct price cuts from Saudi Arabia, is why per-barrel prices are low.

Under normal circumstances, when there isn’t a global outbreak of a new virus, research shows oil shocks and stock prices are closely linked. It’s been that way since the Great Recession, though before the late-2000s there was little relationship between the two, according to research from the Federal Reserve Bank of Cleveland. Since then, a growing body of research has established that linkage.

For example, research from October 2018 in Energy Economics finds “a greater degree of interconnectedness across crude oil and financial markets” since the recession. Likewise, from a November 2018 paper in the Review of Financial Economics: “There is strong evidence that changes in oil prices have a significant effect on the financial markets and the overall economy.”

Research from February 2016 in Energy Economics finds that stock markets react poorly in the short-term, up to five days, when oil prices are volatile. Similarly, high volatility in oil prices can reduce global industrial production by .3%, according to research from August 2014 in the Journal of Money, Credit and Banking. Yet more research, published in June 2018 in the Journal of Empirical Finance, finds volatility in oil trading can forecast short-term stock fluctuations.

The reason for the typically robust link between oil and stock prices isn’t yet fully understood.

“In the financial crisis you had this giant shock to economic activity in the stock market, and oil prices went down a lot,” Ready says. “My view is people realized they were more closely linked, but there are lots of different theories. I haven’t seen one explanation everyone accepts.”

Roman Ferrer, an economist at the University of Valencia in Spain and co-author of the October 2018 Energy Economics paper, agrees that prior to the financial crisis the risk of real losses in energy and financial markets, and the inter-connectedness of those markets, had been been underestimated.