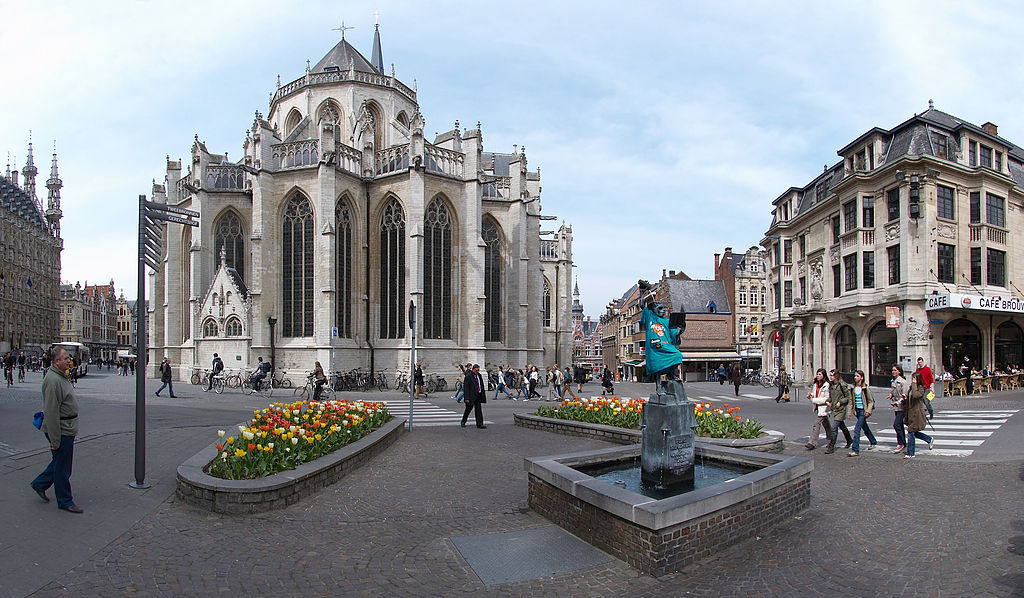 The €1 million cash prize, which every year recognises cities’ innovative solutions to social challenges that engage and empower its citizens, was awarded to Leuven in a ceremony with EU Commissioner Mariya Gabriel during the EU Research and Innovation Days in Brussels, Belgium, on 24 September.

Speaking remotely at the digital awards ceremony, Mohamed Ridouani, the mayor of Leuven said he was pleased to receive the prize and that he sees the city as a model that shows ‘the way forward for Europe.’

The city of Leuven in Belgium boasts one of the top-ranked universities in the world. A well-known research and technology hub, the city connects residents, city officials, researchers and entrepreneurs to innovate and put into practice solutions to today’s challenges. These challenges include shifting to a circular economy, climate change and ensuring a high standard of education and health. Following the coronavirus crisis, Leuven aims to be equitable, sustainable, and co-owned.

Networks such as Leuven 2030 and high-tech health network Leuven MindGate are implementing various projects at the economic, social and environmental levels for the benefit of the residents. For example, in 2019, the Leuven 2030 network developed a roadmap with 13 programs to a climate neutral future.

Cluj-Napoca, has distinguished itself over the years to become one of the most important innovation hubs in Romania. With a vibrant start-up scene, the city earlier last year hosted the Startup Europe Summit together with the European Commission.

Cluj-Napoca launched an online platform, Com’On Cluj-Napoca, to encourage young people to suggest group initiatives to improve community living in the city. These include the creation of reading areas in public spaces, and a learning platform on the subject of philosophy for children. The initiatives are then voted on by residents and the 45 most popular receive funding from the city hall and local council.

One project proposed through the platform by students from Onisifor Ghibu high school led to the installation of a tactile panorama of the historic centre. This allows blind or visually impaired people to experience the city.

Finland’s second largest city hosts the largest innovation and technology ecosystem in northern Europe, where it pilots CO2-emissions-slashing solutions and technologies. These innovations focus on making Espoo more sustainable and resilient against the effects of climate change and centre on clean energy for transport and to heat homes. Espoo aims to reach the UN Sustainable Development Goals by 2025 and become carbon neutral by 2030.

Its experiments with mobility-as-a-service, which integrates different modes of transport for efficient, on-demand travel, has brought residents together for testing and feedback. Espoo is also piloting its first all-weather self-driving bus with the collaboration of the local council, and Finnish companies Sensible4 and Nokia, in the hopes of launching self-driving buses there in the future.

Vienna, the capital of Austria, puts young people at the centre of its development strategy to improve the lives of its youngest residents. In 2019, the city launched a participation project, Werkstadt junges Wien, with the involvement of more than 22,000 residents from the ages of four to 19.

Participants in 1,309 workshops held with youth workers, educators and teachers were given the freedom to decide on priorities, giving young children a voice in local policies and activities. The input was reviewed by a social science institute that identified nine key topics for young people, such as leisure – including more playgrounds – and better opportunities in areas such as housing.

From this work, the first Children and Youth Strategy, with one goal per topic and 193 specific measures, was adopted by Vienna City Council in June. With one-fifth of the city’s population under the age of 19, the strategy is designed to benefit young people, their families and their communities.

València, Spain’s third biggest city, has set itself missions with a singular aim: to improve the lives of the city’s residents. Through its Missions València 2030 strategy, the city aims to be sustainable, entrepreneurial, healthy and to improve collective welfare within the next decade. These changes could help eliminate energy poverty, combat loneliness and reduce 90% of plastic and micro-plastic present in the sea, rivers and nature reserves surrounding the city.

Inspired by the collaboration driving the mission to land on the moon in the 1960s and the EU’s upcoming 2021-2027 missions, València hopes to involve actors from a range of sectors. At the end of the year, three missions will be selected by politicians and, in the first half of 2021, a further three by citizens.

València’s mayor Joan Ribó has said that Missions València 2030 will also be crucial for the post coronavirus crisis recovery and will prioritise investments in health, environment, education and employment.

Helsingborg, one of the oldest cities in Sweden, sees investing in innovation as the way to face its recent challenges, such as a growing ageing and youth population in comparison to the number of people of working age, who pay tax.

In 2019, the city launched its H22 initiative with a nearly €25 million investment for a period of two years until 2022. This investment aims to help transform Helsingborg into a smart city that puts its residents and the planet first to improve quality of life.

The city is creating welfare solutions driven by people’s needs by working together with residents, academia and associations. Helsingborg’s projects include a unique living scheme to reduce loneliness among elderly people and promote cross-generational integration with common rooms in a shared apartment complex, and the production of carbon-storing biochar with garden waste, among many others.