Amid Spree of Hate Crimes, City Looks to Past Offenders for Mentorship 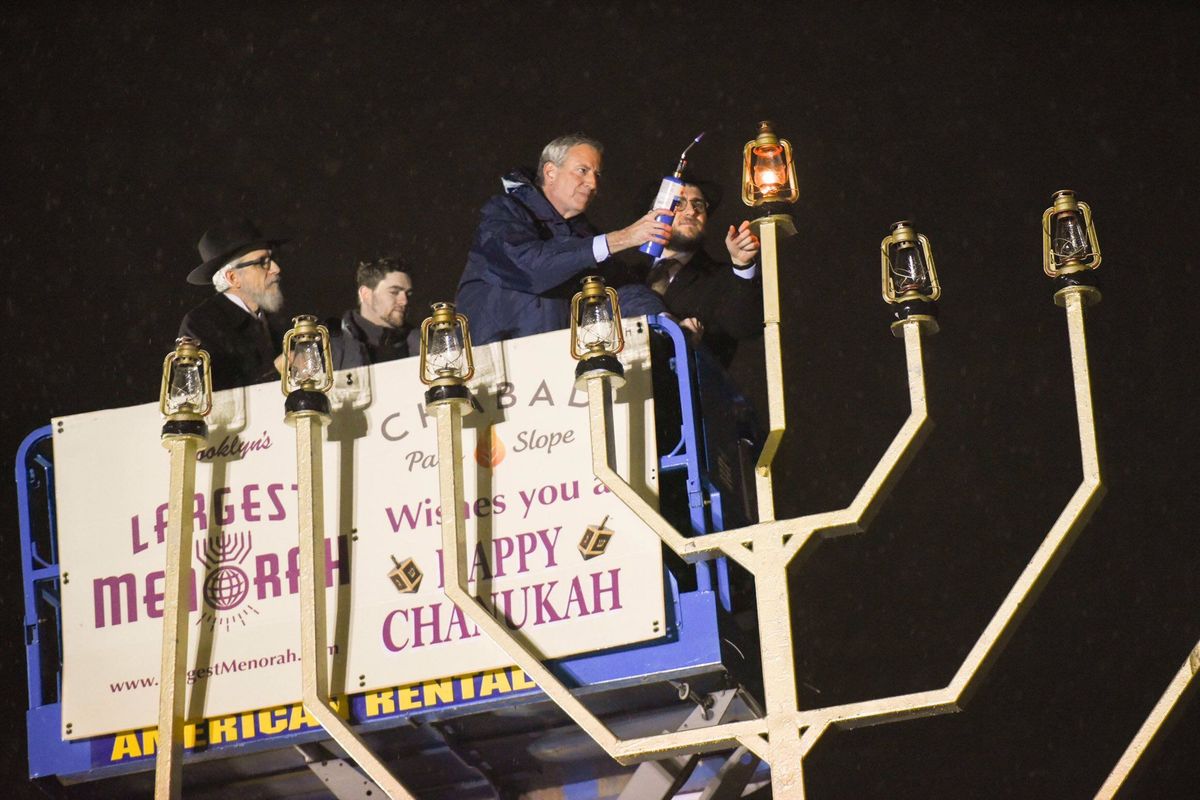 The de Blasio administration is considering recruiting people who committed anti-Semitic violence or vandalism as teens to help educate youths in a bid to stem a rising tide of hate crimes against Jewish New Yorkers.

The speakers would be part of newly announced Neighborhood Safety Coalitions, to be located in areas hit by recent anti-Semitic attacks, Deborah Lauter, the head of the city’s new Office for the Prevention of Hate Crimes, told THE CITY on Monday.

“That’s one of the things we’ve been discussing,” said Lauter. “Particularly kids, they [can] be educated to a point where they then become spokespeople for what they’ve learned and engage their peers in a healthier response when they are feeling frustrated.”

The initiative is based on the Cure Violence program, which since 2012 has used former gang members and others who have committed crimes to work with young people in high-crime areas to prevent offenses. Cure Violence group leaders invoke their experiences of lengthy prison sentences and other hardships as cautionary tales.

“The models that they’ve used have been successful and they are credible messengers,” Lauter said.

Neighborhood Safety Coalitions also will include “people of multiple backgrounds working together,” according to Mayor Bill de Blasio, who announced the groups’ creation during a news conference on Sunday.

The moves come amid a 23% spike in anti-Semitic hate crime complaints this year. All told, 227 anti-Semitic incidents have been reported, NYPD statistics show.

The spate of hate crimes — along with this month’s deadly shooting in a kosher grocery in Jersey City and Saturday night’s machete attack at a rabbi’s home in Monsey, N.Y. — left many in the local Jewish community badly shaken and calling for action.

He didn’t offer much detail on the plan, which is in its early stages, but Lauter said sending reformed hate crime perpetrators into schools was a possibility.

“In theory, I like the idea,” he said. “I would hope they would be selective in their choices, and there should be robust supervision. Genuinely rehabilitated individuals can often be among the most effective in inspiring change.”

Prosecutors and judges have long enlisted young offenders to educate their peers about the consequences of their crimes.

Deutsch and other lawmakers, however, have criticized the administration for failing to staff the Office for the Prevention of Hate Crimes since its launch in early September, the Daily News reported. The office has four staff members and “candidates for the three remaining positions have been identified,” Chester Soria, an agency spokesperson, said earlier this month.

Lauter said she was out of the country last week on a pre-planned vacation with her family.

“I pretty much spent much of the time away on the phone and on email,” she said. “We all want the hate to stop.”

She attended a news conference with the mayor on Sunday at a menorah lighting by Brooklyn’s Grand Army Plaza. Her office also organized its “first interagency committee meeting on hate crimes” with multiple department representatives on Dec. 11.

There were at least eight anti-Semitic incidents in the city since three victims were killed inside the kosher grocery store in Jersey City on Dec. 10. Two attackers — one linked to the Black Hebrew Israelites — also killed a cop that day before being fatally shot.

Meanwhile, a 41-year-old apparently homeless man was charged Monday with making a terrorist threat days earlier inside the headquarters of the Chabad-Lubavitch sect of Hasidic Judaism in Crown Heights.

Urias Suero was arraigned in Brooklyn Criminal Court on a number of hate crime-related charges for allegedly entering the Eastern Parkway synagogue Friday morning and saying he was there to kill people.

“[He] was heard saying ‘Kill, kill, kill,’” according to one witness who was quoted in court papers.

The judge ordered Suero to undergo a psychiatric exam after the defendant allegedly made what one law enforcement source described as a “loud” and “disruptive” outburst during the arraignment.

Suero had been arrested at a homeless facility in The Bronx on Saturday, an address provided by police officials shows.

He’s among several suspects arrested for alleged anti-Semitic hate crimes in New York City in recent weeks whose mental health has been an issue during their court appearances.

On Dec. 24, Steven Jorge was ordered to undergo a psychiatric exam following his arraignment on a charge of felony assault as a hate crime.

Jorge, of Miami, allegedly punched and kicked a 65-year-old Orthodox Jewish man in Midtown Manhattan a day earlier while shouting ethnic slurs. His defense attorney requested the psychiatric exam, according to the Manhattan District Attorney’s office.

On Friday, 43-year-old Ayana Logan was arraigned on charges that included assault as a hate crime in the third degree after she allegedly hit a 34-year-old Jewish woman in the head with a bag in Gravesend, Brooklyn. Logan was released under the supervision of a mental health group with a commitment to attend two mental health appointments per month, her lawyer told the New York Post.

Also on Monday, alleged Monsey attacker Grafton Thomas was charged with five counts of obstructing the free exercise of religion in an attempt to kill, a federal hate crime, according to a criminal complaint.

The U.S. Department of Justice complaint stated that Thomas had conducted online searches of anti-Semitic themes in the weeks before his alleged machete attack, including “Why did Hitler hate the Jews” and “Prominent companies founded by Jews in America.”

He had also scrawled entries on “Hitler,” “Hebrew Israelites” and “Semitic genocide” in journals recovered from his Greenwood Lake home, the complaint alleges.

Thomas was detained after a brief appearance in White Plains federal court.

At a separate event, Thomas’ lawyer detailed portions of the 37-year-old’s history with mental illness, according to a video snippet of a news conference that was posted online.

“It may be that he was noncompliant with medications which were prescribed to deal with his severe depression, and other manifestations of psychosis were not being dealt with appropriately,” said the lawyer, Michael Sussman.

The article was published at Amid Spree of Hate Crimes, City Looks to Past Offenders for Mentorship.