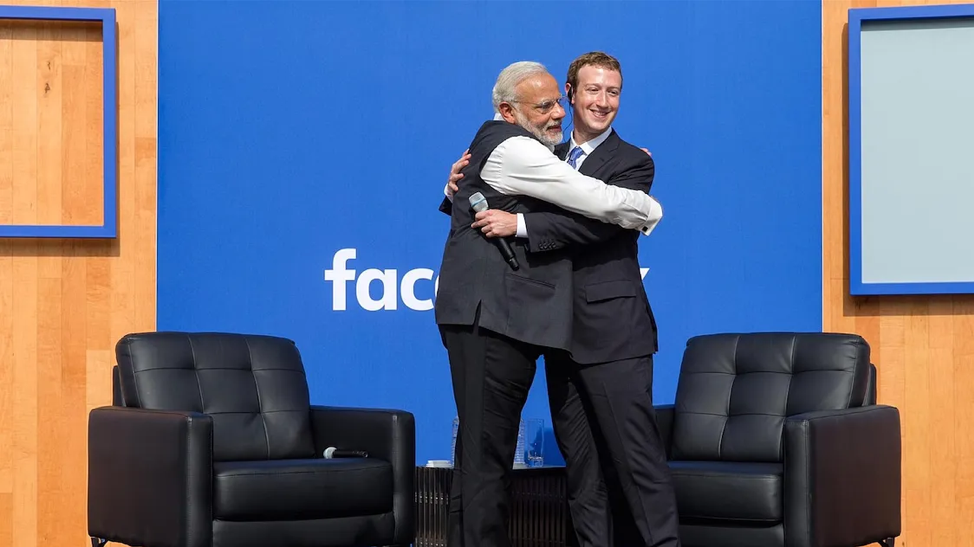 The demand for the investigation into Facebook’s alleged favoritism stemmed from a report published on Friday by the Wall Street Journal, alleging that Facebook neglected its hate speech policy where Hindu nationalist groups were concerned.

The report from the Wall Street Journal speculates that Facebook permitted anti-Muslim posts on its platform to maintain a good relationship with the Bharatiya Janata Party or BJP.

According to the Wall Street Journal report, current and former Facebook employees, the company’s top public-policy executive for India, Ankhi Das, fought the application of hate speech rules to Hindu nationalist individuals and groups flagged internally for encouraging or indulging in violence.

One of the flagged individuals was T. Raja Singh, the BJP’s sole legislator in the southern state of Telangana.

Notorious for his anti-Muslim rhetoric, Singh allegedly used Facebook posts and public speeches to call for the shootings of largely Muslim Rohingya refugees, accusing India’s Muslims of treachery, and threaten to destroy mosques.

In March, according to the WSJ report, Facebook employees in charge of policing the platform had proposed banning Singh’s account, due to his clear violation of hate speech policies. Yet Das allegedly retorted that punishing BJP politicians would alienate the governing party and thereby hurt the company’s business prospects.

Das is said to be responsible for lobbying Indian politicians on behalf of Facebook and was concerned about penalizing Singh, who has tens of thousands of followers on Facebook, as well as the Facebook-owned Instagram.

The blue tick mark indicating a verified account was removed, and the company announced that they were still contemplated instituting a ban. This chain of events was repeated for at least two other BJP politicians, according to the WSJ report.

Anantkumar Hedge, a BJP member of parliament, has allegedly used Facebook posts to accuse Muslims of spreading coronavirus throughout the nation. This conspiracy theory, called “Corona Jihad,” was not inconsequential.

A month earlier, a video surfaced of former BJP legislator Kapil Mishra warning the police in the capital New Delhi to clear out protesters demonstrating against a contentious citizenship law passed by the Indian parliament last December.

The Citizenship Amendment Act (CAA) forms an easy path for non-Muslims from Pakistan, Bangladesh, and Afghanistan to obtain Indian citizenship. By pointedly excluding Muslims, the act is essentially discriminatory towards Muslims, who fear that they are being targeted for disenfranchisement.

Within hours of Mishra’s video turning viral on social media, New Delhi experienced a bout of religious violence, in which 53 people, largely Muslims, were killed. The WSJ added that based on court documents, the three days of rioting in the capital city in February were organized through the Facebook-owned application WhatsApp.

All of these incidents have prompted the opposition party to demand a probe into the connections between Facebook, WhatsApp, and the BJP. On Twitter, the former Congress party president, Rahul Gandhi, claimed that the BJP controls Facebook and WhatsApp throughout India.

“They spread fake news and hatred through it and use it to influence the electorate. Finally, the American media has come out with the truth about Facebook,” Gandhi declared.

In an op-ed in the Indian Express newspaper, BJP lawmaker Rajyavardhan Singh Rathore wrote that:

“there are millions of posts mocking Hindu gods and abusing right-of-center leaders. But Facebook’s advanced algorithms and community standards fail to catch them. However, unsuspecting common people running pro-right-of-center pages are suspended with no right to appeal.”

This incident comes at a time when Facebook and Jio, India’s most popular phone service provider, are preparing to roll out a service called WhatsApp Pay, an e-commerce and digital payments platform.

Facebook has already invested $5.7 billion in Reliance Jio, a subsidiary of Reliance Industries, whose chairman, Mukesh Ambani, is the richest man in India.

“They’re in it for the money,” political commentator Paranjoy Guha Thakurta said of Facebook, concluding that the company was “pandering” to the BJP.

Since ascending to power in 2014, the BJP has allegedly used Facebook to influence its constituents. The ruling party has spent far more on social media ads than its rival, the Congress party.

Prime Minister Narendra Modi, of the BJP, has a huge following on Facebook and has directed his operatives and leaders to follow his example.

During the 2019 Indian general elections (which the BJP won by a landslide) Facebook, Twitter, and other social media companies were ordered to observe the Indian Election Commission’s code of conduct, which included a prohibition on political ads spanning 48 hours before polling.

A review of the Facebook ad library by the Associated Press revealed that BJP sponsored ads continued running during the banned time period, whereas Congress sponsored ads were removed.

A whistleblower report from 2018 claimed that the Congress party was a client of the scandal-ridden Cambridge Analytica consulting firm. The Congress party denied the allegations, but the BJP has still accused them of interfering with the democratic process.

Amidst the party politics and insider connections, it’s not clear what consequences may come from the parliamentary IT committee review.

The executive director of the Internet Freedom Foundation, Apar Gupta, speculated that Indian courts could launch a criminal investigation into whether Facebook recognized but failed to remove hate speech.

Should events escalate, Facebook could face penalties for noncompliance.