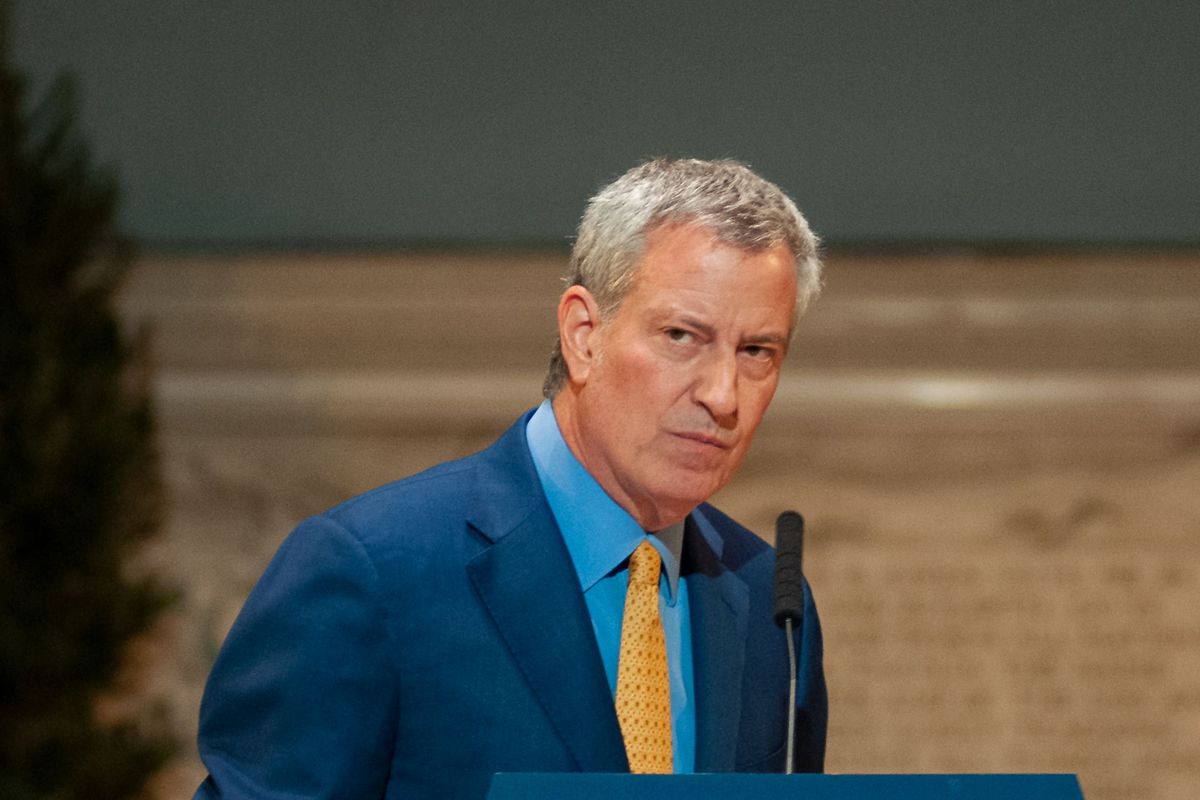 When Yonah Kohn began college he had a hard time writing a coherent paper.

“I had to be coached and coached,” Kohn recalled of his freshman year nearly two decades ago. “It was frustrating on so many different levels. I did not have the foundation that I needed.”

Kohn, 37, says he was never taught any science and only a little bit of English and math during his time at Brooklyn’s Bobover Yeshiva elementary school in Borough Park and in a series of other smaller high school yeshivas.

He is just one of thousands of underserved yeshiva students throughout the city, according to the pro-secular education group Yaffed (Young Advocates for Fair Education), which triggered a review by the Department of Education in July 2015.

On Wednesday, city investigators found Mayor Bill de Blasio was aware his office agreed to delay an interim report on the issue while he sought Albany approval of mayoral control of the schools. Probers cleared him of any wrongdoing.

Yaffed and other activists have long argued the city’s Education Department has purposely delayed the release of findings related to the probe due to pressure from City Hall.

In an interview with THE CITY, Department of Investigation Commissioner Margaret Garnett noted that her staff found no evidence of criminal behavior or violations of the city code of ethics.

But the report did say the City Hall engaged in “political horse trading” with state politicians by holding back the yeshiva report in a bid to renew mayoral control of schools.

Yaffed officials called that behavior a “disgrace” — and again urged the city DOE to finally release its report on the yeshivas under investigation.

The DOI probe “shows the city is willing to trade away the education of thousands of students for power and political influence,” Yaffed said in a statement. “These findings also raise concerns as to whether the city will provide an accurate assessment of what is happening inside yeshiva schools when it finally releases its report.”

The mixed message from city officials emerged in an unusual statement released Wednesday by Garnett and Special Commissioner of Investigation for Schools Anastasia Coleman.

While it cited “political horse trading,” the statement added: “The investigation also found that this agreement had no substantial effect on the inquiry’s conclusion or the progress of the inquiry.”

The statement chalked up years of delays in the yeshivas investigation to a variety of factors — “including conflicts with the yeshivas and their counsel and a generally accommodating approach taken by DOE to that conflict.”

The statement comes four years after the initial complaint was filed alleging that nearly 40 city yeshivas were failing to teach required courses including science and math — triggering a Department of Education probe that remains unresolved.

The DOI opened its investigation after the former yeshiva alumni who filed the complaint alleged de Blasio’s team was moving to kill the probe.

Garnett’s joint statement with Coleman zeroed in on a June 2017 decision by City Hall to delay an interim report on the yeshiva investigation that school officials were planning to release to the state.

At the time, de Blasio was pushing the state legislature to commit to a four-year extension of mayoral control of the city schools, which was set to expire.

Investigators found that unnamed “representatives of the Mayor’s Office agreed to delay the release of an interim report summarizing the status of the DOE’s inquiry” shortly before a vote in an Albany special session on mayoral control.

DOI and SCI concluded de Blasio knew about this, and met with an unnamed state senator and representatives of the Orthodox Jewish community “about the broader concerns regarding oversight of yeshivas and how those concerns related to the extension of mayoral control.”

“There’s no ‘there’ there, as evidenced by the finding of no wrongdoing,” said the spokesperson, Freddi Goldstein. “The Department of Investigation and the Special Commissioner of Investigation made clear there were no findings ready for release in 2017.

“In fact, the DOI report accurately identifies why this process has taken so long, including ever-changing state regulations and the difficulty of gaining access to some schools,” she added.

Meanwhile, former students of some of the schools under investigation allege that thousands of Jewish children are still being neglected as the probe drags on.

“It really hurts,” said Chaim Levin, who attended Oholei Torah in Crown Heights from age 5 through 15. “Mayor de Blasio just doesn’t care. We’ve been begging and pleading for the city to give a damn.”

Levin says he was never taught any math, English or science at the Eastern Parkway school.

“They brag about it. That’s a selling point in the community,” Levin, 30, said.

Oholei Torah, a Chabad school founded in 1956, has approximately 1,850 students from nursery through college. Representatives at the school did not immediately respond to calls seeking comment.

Rabbi Joseph Rosenfeld, the school’s executive director, has previously defended the curriculum, describing it as a “dynamic model of learning,” according to a 2018 Wall Street Journal report.

Kohn, who attended Bobover Yeshiva, says his “heart breaks” for all the students going down the same path.

After graduating high school, he struggled with many of his Touro College courses and “barely got by.”

“The only type of work I qualified for was as a stocker in a retail store,” he said, noting he’s suing Bobover Yeshiva under New York’s Child Victims Act, alleging a staffer there molested him.

A call seeking comment from Bobover Yeshiva was not immediately returned.

Now working in finance, Kohn hopes no one else has to undergo a similar experience due the lack of a basic secular education.

He added, “It’s very painful to see kids being denied an opportunity.”

The article was published at Mayor Knew About Delay of Damning Yeshiva Report, Probe Finds.