By Anna Almendrala November 28, 2020 No Comments 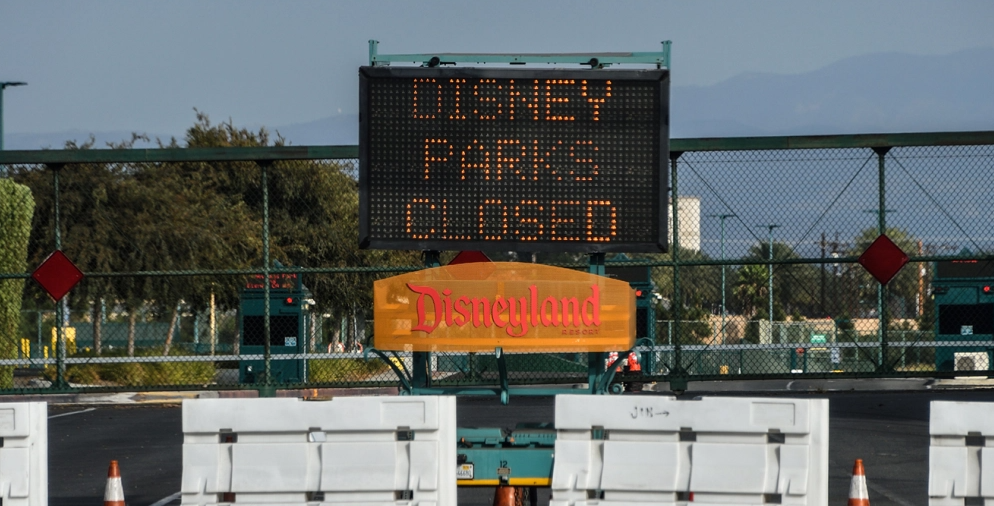 California’s most popular amusement park has become the focal point of a struggle over how best to contain COVID-19 while keeping the economy afloat.

California’s Democratic leaders have tied the fate of Disneyland — “the Happiest Place on Earth” — to the health of the people who live around it, who have been hit hard by the virus. But conservative Orange County officials want to ease restrictions to allow for the reopening of the lucrative tourist attraction, saying the economic health of all residents depends on it.

State rules say large theme parks can’t open, even in a limited capacity, until there’s less than one new case per day per 100,000 county residents. The state also requires counties to lower infection rates in their poorest communities to near the average level of the county overall. In Orange County, as in the rest of the state, Latinos have borne the brunt of COVID cases and deaths.

Under these requirements, Disneyland and Knott’s Berry Farm, another big county amusement park, will likely remain shut down until next summer or later, said Dr. Clayton Chau, director of the Orange County Health Care Agency.

Orange County supervisors argue that it’s infeasible to quickly address the socioeconomic factors — including poverty and crowded housing — that cause some communities to have higher COVID positivity rates, and that the whole county shouldn’t be punished because of it.

“If we have disadvantaged communities that are, because … of living conditions and other circumstances, damaged significantly by the virus, why must we thus visit the pain of the lockdown and shutdown on the children in other communities?” asked Supervisor Donald Wagner — who represents prosperous Anaheim Hills, Irvine and Orange, which have low positivity rates — at a meeting last month.

While the county has invested additional resources to fight COVID-19 in Santa Ana and Anaheim, which are majority Latino, the best way to help them is to return “some semblance of a normal life” to the entire county, to generate the revenue it needs to help the disadvantaged, Wagner said.

But public health experts say that the key to a strong economy is a healthy population and that the county, Southern California’s most densely populated, isn’t ready for the park to reopen.

“I’m the biggest Disney fan in the whole wide world, and for mental health, I’d love to open up,” said Bernadette Boden-Albala, director of the public health program at the University of California-Irvine. “But we’re going into flu season, and we have not got a hold of this virus.”

“How can you be a strong county when your low-income neighborhoods are devastated by this pandemic, and are super vulnerable to being victims of another pandemic or another wave?” said Dr. America Bracho, CEO of Latino Health Access, a nonprofit group that has been tapped by the county to lead a health equity initiative targeting Latinos.

In part, the battle over what the state calls its “health equity metric” reflects the changing politics of Orange County, which encompasses poor, Latino and heavily immigrant communities such as Anaheim — home to Disneyland — as well as tony Newport Beach. Four of the five members of the board of supervisors are Republican. The county as a whole, however, is trending Democratic. It voted for a Democratic president for the first time in 80 years in 2016, and initial results gave Vice President Joe Biden 54% of this year’s vote. The most Democratic areas of the county tend to be those hit hardest by COVID-19.

The Walt Disney Co. is the biggest employer in the county, responsible for 3.6% of all jobs, according to an analysis in 2019 by the Woods Center for Economic Analysis and Forecasting at California State University-Fullerton. Disney had about 30,000 of its own employees, and almost 27,000 other jobs in Southern California relied on the resort, according to the report. On Nov. 1, an estimated 10,000 Disneyland resort workers received layoff notices.

There’s a consensus among local politicians, management, unions and many workers that Disneyland should reopen as soon as possible.

Disney says it knows how to reopen its parks safely. Since Walt Disney World began gradually reopening in Florida in July, no COVID outbreaks have been linked to it, said Orange County, Florida, health department spokesperson Kent Donahue.

Chau, the Orange County public health leader, wants the state to allow the theme park to open once the county hits the orange tier, the second-best status among the state’s four-tiered, color-coded system that tracks counties by case and infection positivity rates. The orange tier allows for an official case rate of up to 3.9 cases per 100,000 people. The county is currently in the red tier, the second-worst, with a rate of six per 100,000 overall and a test positivity rate of 3.6%. In its poorest neighborhoods, the positivity rate is 5.7%, while it is as low as 0.9% in a Laguna Woods ZIP code.

Under the tiered system, which followed a surge in cases and deaths throughout the state in June and July, the state requires counties to achieve lower case and test positivity rates and then maintain them for at least two weeks before progressing to the less restrictive tier, which allows businesses greater flexibility to reopen.

Other counties, including Riverside and 12 northern rural counties, also are challenging the stringent tiered system, which has helped tamp down infections but has fatigued residents and stoked fears of widespread business closures.

While Orange County supervisors have claimed the system is unscientific, the state health department points to studies it says underscore the importance of a gradual relaxing of COVID lockdowns. States like New York and Massachusetts also have tiered reopening schedules.

“We’re in the middle of an unprecedented pandemic that we haven’t seen since 1918,” said Dr. George Rutherford, a University of California-San Francisco professor who has advised the state on its approach. “You’ve got to give the state a little latitude to try to figure out how to best go about this.”

Viral hot spots ripple far beyond their initial boundaries, he said, so a failure to commit to health equity for the poor imperils everyone.

Throughout the pandemic, a vocal minority of Orange County residents have protested angrily against mask mandates and business closures. Death threats have been so intense they prompted the county’s top public health official to resign in June.

She successfully advocated for the county’s COVID rates to be broken out by ZIP code in May, and her group was contracted to work with the Latino populations most affected by the virus through testing, education, contact tracing and other services.

Positivity rates in Santa Ana and Anaheim, which were approaching 30% in early July, have declined to less than 10% since late August. It’s dramatic progress but not enough to meet the county’s health equity metric.

The case numbers are slowly rising again in Orange County and throughout Southern California, in what public health experts fear could be the start of a third wave of infections.

Chau, who thinks Disneyland can reopen safely, has shown a commitment to health equity, which included the creation of a new director position for population health and equity efforts, Bracho said.

Yet the lack of solidarity among those representing the old and new Orange County has been disheartening, said Dr. José Mayorga, executive director of UCI Family Health Center, which treats primarily low-income Latinos in Santa Ana and Anaheim.

At work, Mayorga delivers COVID diagnoses to patients, who cry at the news and fear they’ve already exposed loved ones to the virus. When he visits mostly white towns like Newport Beach or San Clemente, where he lives and his daughter is in school, many of those he encounters are maskless.

It breaks his heart, Mayorga said. “People act like there’s nothing happening.”