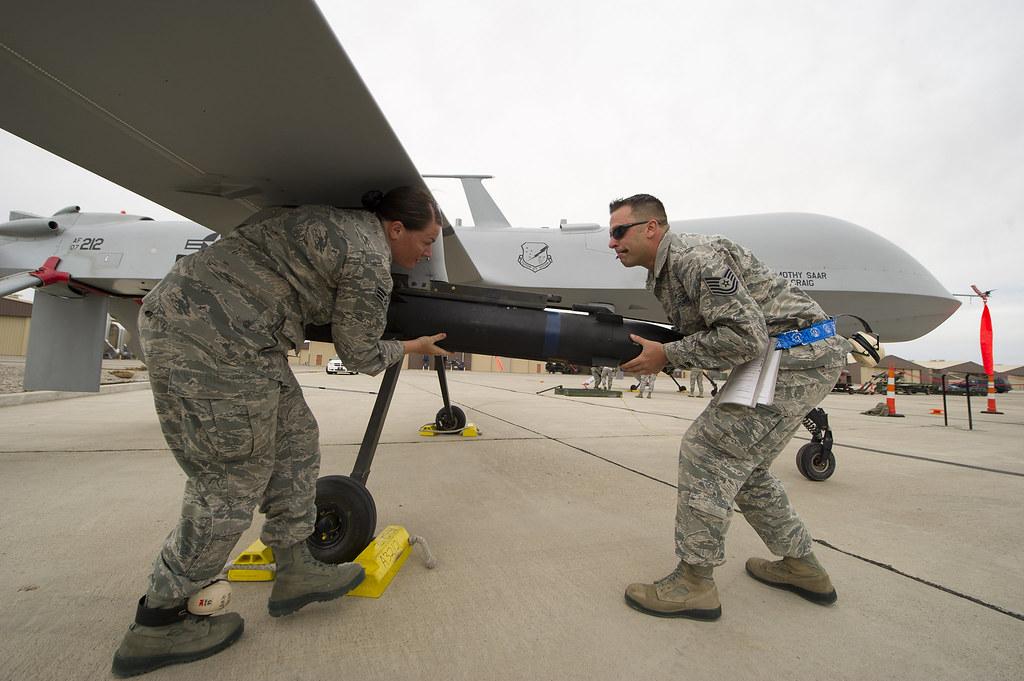 The events detailed here have been reported by US and Yemeni government, military and intelligence officials, and by credible media, academic and other sources.

Many of the US attacks have been confirmed by senior American or Yemeni officials. However some events are only speculatively attributed to the US, or are indicative of US involvement. For example precision night-time strikes on moving vehicles, whilst often attributed to the Yemen Air Force, are more likely to be the work of US forces. We therefore class all strikes in Yemen as either ‘confirmed’ or ‘possible’.

Both the Pentagon and CIA have been operating drones over Yemen. But the US has also launched strikes with other weapons systems, including conventional jet aircraft and cruise missiles. The Bureau records these operations as ‘additional US attacks’.

The Yemeni Interior Ministry announced an airstrike against ‘locations of Al Qaeda in the province of Abyan, southern Yemen’ took place on January 5. The Ministry said the strike ‘led to a number of dead and injured in the ranks of Al Qaeda’. Military sources in Abyan told The Yemen Times that five suspected operatives of Al Qaeda in the Arabian Peninsula were killed and four others were wounded when the Yemeni ‘Air Force targeted two [Toyota] Hilux model cars’ in the Al Mahfad district of Abyan.

One news outlet reported the incident was ‘believed to be a US drone strike’. The Bureau is treating this incident as a probable Yemeni airstrike and not including it in our casualty estimates.

Several outlets reported that at least two people were injured when a US drone strike hit a car on the main highway of Al Bayda province, near the city of Radaa. Eyewitnesses and ‘local sources’ were quoted as saying that ‘an American drone hit a vehicle which was transporting people believed to members of Al Qaeda’. A separate source, however, named the injured as Adnan Saleh Al Taysi and Ibrahim Hussein Al Aarif, whose parents ‘denied the presence of an Al Qaeda members in the targeted vehicle’.

The same source suggested that the strike may have missed its intended target – ‘an old truck carrying seven people’ – instead injuring ‘two civilians’.

The reported strike occurred close to the site of a US drone strike that killed between 10 and 17 people and wounded up to 30 more in December 2013 (YEM155). Several of those reported killed in the strike were members of the Al Taysi family.

Residents, security officials and local officials said a US drone strike killed two alleged AQAP members in the southeastern province of Hadramout. Reuters reported that the drone ‘fired at least one missile’ on a car in Hadramout’s Al-Qatan district, ‘completely destroying the vehicle and killing two people’.

A Yemeni government official told Xinhua news agency that those killed in the strike were ‘suspected Al Qaeda militants,’ adding that two other people were wounded in the incident. A local military intelligence officer said ‘the strike was aimed at a top commander of the Al Qaeda terrorist group travelling in the vehicle’. UPI, quoting a security source, reported that the strike occurred in Wadi Mankhar in Al-Qatan.

Residents told local press that a drone targeted a private vehicle on Al-Qatan’s main road. ‘A source’ suggested that the two bodies at the scene belonged to suspected AQAP members, Aden al-Ghad reported.

Either a farmer or an alleged al Qaeda member was reportedly killed in an early morning strike. This was the first report of civilian casualties in Yemen in 2014. Witnesses told Reuters drones fired two missiles but shrapnel hit a farmer walking home in the early hours. The agency did not report any other casualties. However local and Arabic media reported the casualty as an al Qaeda member. A local source told Xinhua: ‘An American drone targeted a person in an area close to the old city of Shibam in the Hadramout province.’

The source added: ‘Fragments from the person’s body were flying due to him being directly hit. A car arrived to the area and took the fragments then left to an unknown destination.’

Local media named one of the dead as Mohammed Saeed Jardan – a local of Abeeda. An official told Xinhua: ‘Four people were killed in the U.S. drone strike which took place on Thursday night in coordination with the Yemeni interior ministry.’ The official also said there was ‘an al Qaeda suspect’ among the targets. Explosions ‘rocked the area after the strike’ which suggested ‘the vehicle carried weapons or ammunition,’ according to one report.

The Yemen interior ministry reportedly said it had foiled an al Qaeda attack in Marib province. No further details were reported. The strike reportedly hit near a military position in the wadi – a dry river bed or valley.

The vehicle, reportedly a Suzuki Vitara, was traveling through Marib province at night when it was hit, strongly suggesting a US drone carried out the attack. While Yemen’s air force has carried out strikes against al Qaeda, it is not considered capable of flying precision strikes at night.

Yemen’s Ministry of Interior, citing security sources, announced an ‘airstrike’ took place in Abyan province against alleged al Qaeda militants. ‘Members of al Qaeda at the location were killed and injured,’ it reported. Although it did not specify what type of airstrike had occurred, the announcement was illustrated with an image of US Reaper drone.

Turkish Anadolu News Agency, quoting security sources, said a US drone ‘attacked suspected Al-Qaeda sites in the province’s Al-Mahfad district,’ adding that the number of casualties was unclear. Yemen Press, quoting military sources, said ‘a number of raids’ were launched by US drones against suspected al Qaeda locations in the vicinity. The sources said a number of casualties has been sustained in the raids, without specifying the exact number.

But Erem News reported a local source saying that while four people were killed and two wounded its local source was unable to verify whether or not the casualties were suspected militants. ‘It is feared [the killed and wounded] are civilians,’ it added.

A reported drone strike targeted a vehicle carrying alleged al Qaeda members near the town of Shebwan, in Yemen’s central  Marib province. Tribal sources told Aden al Ghad that the drone strike ‘targeted the vehicle of a young fighter named Jaber Saleh al Shebwani. The missile turned the vehicle into rubble and killed Shebwani as well as two of his companions.’ The Yemen Times reported two people were killed in the attack – al Shebwani and an unnamed Saudi man.

Quoting local sources, Andolu News Agency suggested Shebwani was sleeping by his car when the drone allegedly struck. ‘The fighter Jaber al Shabwani of the Al Shabwan tribe was sleeping near his vehicle in an open area before the drone launched a missile that hit his vehicle and killed him immediately,’ the sources said.

Several members of the Shebwani tribe have been reportedly killed in air strikes in Yemen. Notably, two strikes in January 2010 targeted Ayed al Shabwani (YEM006 and YEM007) and a botched strike in May that year that killed the deputy governor Jaber al Shabwani.

There was some speculation that Jaber Saleh al Shebwani was the deputy governor’s son. However this was eventually quashed on social media and in news reports.

The Article was originally published on Yemen: Reported US covert actions 2014.