Texas Gov. Greg Abbott remains quiet on whether the state will opt out of refugee program

By JULIAN AGUILAR September 19, 2020 No Comments 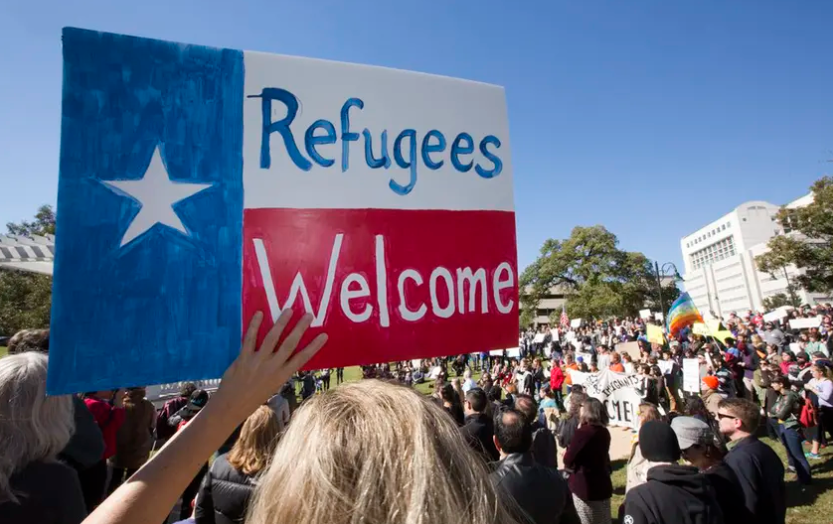 A large majority of the country’s governors have told the Trump administration that their states will continue accepting refugees, but with less than three weeks left to make up his mind, Texas Gov. Greg Abbott hasn’t made clear if he’ll add his name to that list.

Governors, mayors, county judges and other elected officials have until Jan. 21 to notify the U.S. State Department if they will continue participating in the refugee resettlement program. The deadline comes after a September executive order that requires resettlement agencies to have written consent from states and local entities before they resettle refugees within their boundaries.

As of Thursday, 39 governors and 86 mayors and other local authorities had provided consent, according to the Baltimore-based Lutheran Immigration and Refugee Service, a resettlement agency keeping a regular tally of the latest decisions. Krish Vignarajah, the group’s president, said she is hopeful Abbott will join the other GOP governors who have stayed in the program despite the Trump administration’s efforts to crack down on immigration across the board.

“Texas has long been the leader in welcoming and resettling refugees here in America,” she said. “I think [it’s] a testament to the values of compassion and inclusion that so many of the communities that we work with have embraced.”

Abbott told reporters last month that he would consider the issue when it “reached his desk.” A spokesperson did not respond when asked last week if the governor had decided.

Should Abbott decide against participating in the program this year, refugees could still settle in other states and later move to Texas, Vignarajah said.

“This is just a matter whether the state or county will participate in programs that would allow for initial refugee resettlement,” she said. “It’s not to say that if they’re resettled to Louisiana, [for example,] they couldn’t then move to Texas.”

Vignarajah added that the economic contributions refugees make in Texas could help sway Abbott. In 2015, refugees resettled in Texas combined for more than $6 billion in household income and paid about $1.6 billion in taxes, according to a 2019 report by the New American Economy.

Those contributions haven’t been lost on local officials who sent letters to the Trump administration after it issued the executive order.

“Our local economy has thrived in recent years. I believe this is largely because of, not in spite of, Dallas County’s great diversity. Our county has welcomed refugees facing religious, ethnic and political persecution for nearly 40 years,” Dallas County Judge Clay Jenkins wrote Dec. 17.

In a Nov. 17 letter to the Trump administration, San Antonio Mayor Ron Nirenberg said refugees who arrive in the United States are some of the most vetted in the world.

“Refugees undergo biometric screenings, medical checks, [and] in-person interviews with specially trained officers from the Department of Homeland Security,” he wrote. The refugees are also cross-checked by the State Department, the Department of Defense, the FBI and other agencies, Nirenberg added.

Fort Worth Mayor Betsy Price stated in her letter, dated Nov. 22, that she didn’t see a need to change the current system.

“I don’t want to risk fixing anything that is not broken,” she wrote. “I have heard from supportive local employers and faith leaders who share my concern that refugees may no longer be permitted in Fort Worth and North Texas, potentially harming our economy and increasing the risk that refugees might not be placed with their Texas family members.”

Before this month’s deadline, a federal judge could decide the matter for the states — at least temporarily. The Lutheran Immigration and Refugee Service, the Hebrew Immigrant Aid Society and the Church World Service sued the Trump administration in November alleging the executive order violates federal law.

The law “requires federal agencies to make decisions about where refugees are to be placed within the United States according to a detailed list of factors,” according to the complaint. A hearing on the matter is scheduled for Wednesday.

The Article was originally published on Texas Gov. Greg Abbott remains quiet on whether the state will opt out of refugee program.