How violence shook a Newark high school, despite pleas for help

February’s winter storm caught Texans by surprise. Here’s how to prepare this year.

‘We have done great things … but we don’t have the funding we need.’

General Assembly to take up ARPA spending bills in January

Illinois ranks last for tax friendliness with ‘no end in sight’

Five Colorado agencies found to have $15.1 million in excess funds

Tennessee board reviews $3.1B in ARPA spending, previews $6.2B in infrastructure

Senate, House ARPA spending bill not ready to be sent to governor

For this West Philadelphia teacher, racial justice is at the core of her work

What Idaho will get under new infrastructure bill

From SoHo to Gowanus to the Upper East Side, de Blasio Legacy Projects Hit Crossroads

Should Tennessee limit school mask mandates? Tell us what you think.

With a congressional seat suddenly open, Democrats in the Rio Grande Valley race to recruit for a competitive district

Who’s Got Competition in the City Council? Look Up Who’s Running in Your District

Texas appears to be paying a secretive Republican political operative $120,000 annually to work behind the scenes on redistricting

Colorado taxpayers on the hook for $1,800 each despite federal aid infusion

All migrants have been cleared from encampment in Del Rio, homeland security secretary says

Border patrol agents criticized for treatment of Haitian migrants in Del Rio as U.S. tries to dissuade more from coming

Biden administration moving Bureau of Land Management’s headquarters back to D.C. from Colorado

Why At-Home Rapid Covid Tests Cost So Much, Even After Biden’s Push for Lower Prices

An estimated $2 billion in fraud from 2005 Hurricane Katrina bailouts

South Carolina small cities, towns to get $435M in ARPA money in September

How he did it: Reporter discovers pattern of Saudi students fleeing US amid charges

Climate warming is altering animals’ gut microbes, which are critical to their health and survival

What Happens to New Jersey Officers Charged With Official Misconduct? We Gathered the Cases to Find Out.

A Real Vaccine Before the Election? It’d Take a Miracle.

Heartbreaking Bills, Lawsuit and Bankruptcy — Even With Insurance

Belarus: The Slow Descent into Uprising

Where can I get some?

Where does it come from?

Why do we use it?

How Women Reclaimed Their Island From the Sri Lankan Navy

Women in Peacekeeping: A Status Report

The company SpaceX has experienced a series of victories this month, beginning with a successful test of an experimental rocket prototype.

The Sequel to Starhopper

On August 4th, an imposing silver vehicle, resembling a water tank or grain silo, launched almost 500 feet before settling on a ground pad. It goes by the name SN5, and is the latest test vehicle in an ambitious spaceship and rocket system named Starship.

The system aims to bring astronauts to the moon, Mars, and beyond, using a planet-hopping network of fueling stations. A previous prototype vehicle went by the name ‘Starhopper,’ and underwent three hop tests earlier this year.

Test flights and pressurization tests destroyed subsequent models, so the success of the SN5 is a long-awaited breakthrough. Now, conducting a couple of suborbital hop tests isn’t nearly as hazardous as launching a ship into space. SpaceX is still a ways away from sending dozens of passengers to the International Space Station, as they intend to.

While the SN5 has only one rocket motor, current mock-ups suggest that the final spacecraft may have six engines. Plus, to reach orbit, the company would need to launch the ship from a gargantuan rocket booster with over 30 engines at its base. Nonetheless, CEO Elon Musk plans to get the first cargo Starships to Mars by 2022 and to deliver the first humans by 2024.

The SN5 also serves the practical function of replacing the Falcon 9, which transports satellites and cargo in space. The Falcon 9 rocket carried 57 Starlink satellites into orbit on August 7th, along with two small Earth-imaging satellites. 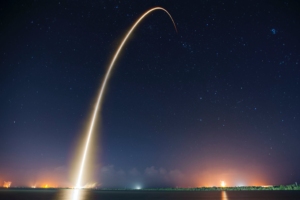 The dozens of internet-beaming satellites, nestled in the Falcon 9’s nose, joined SpaceX’s Starlink mega-constellation, consisting of hundreds of satellites drifting around the earth. After landing on SpaceX’s drone ship, “Of Course I Still Love You,” and successfully completing the satellite launch, the Falcon 9 navigated back to earth and landed on a floating platform at sea.

As for the Starlink satellites, SpaceX is working on establishing an interconnected network to beam high-speed internet to anyplace on Earth. So far, the company has obtained a contract from the American FCC for up to one million user terminals. These terminals are designed to be user-friendly; according to Musk, they merely need to be plugged in and pointed at the sky to function.

The Starlink satellites launched this month were equipped with sun visors, to darken their appearance, and to keep from obstructing scientific observations. Unfortunately, hundreds of astronomers have warned that the satellites may still have a severe impact on the night sky, and on scientific research.

A Deal with a Rival

On the same day as this Starlink launch, SpaceX clinched billions in rocket contracts with the Pentagon. Along with the United Launch Alliance, the company has agreed to launch national security missions, beating out Northrop Grumman and Jeff Bezos’ Blue Origin.

The security missions, which will launch for five years starting in 2022, are not the only example of cooperation between SpaceX and the United States Government. This summer, the SpaceX Crew Dragon spacecraft carried NASA astronauts to the International Space Station. The craft undocked from the station on August 1 and triumphantly splashed into the Gulf of Mexico on August 2nd. 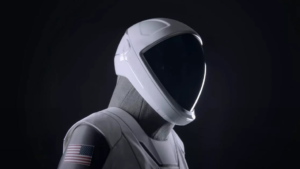 The astronauts on the Crew Dragon donned SpaceX’s sleek new spacesuits, which offered a startling departure from tradition. Unlike bulky orange ‘pumpkin’ suits, these new spacesuits were white and offered a relatively slim fit.

Designed by legendary Hollywood costume designer Jose Fernandez, known for creating costumes for superhero blockbusters, the outfits caught some internet users off guard. Musk had to reassure the public that the suits were fully functional, and spite of the slender appearance.

In a similar vein, SpaceX seeks to develop a Spaceport resort in its Texas site, known as Boca Chica. Now that the Crew Dragon mission with the NASA astronauts has proven the capabilities of the Dragon spacecraft, the company intends to put the vehicle to commercial use. As early as next year, SpaceX is on track to offer orbital return flights to paying customers using the Dragon.

For part of the 21st century, the pursuit of manned spaceflight in America slowed to a molasses pace. The heyday of the 1960’s space race faded from public memory, and the exploration of the cosmos was deprioritized. In 2010, a five year NASA program to land astronauts on the moon was canceled. In 2013, the planetary-sciences budget was cut by 20 percent.

Over time, the narrative has shifted from government-run spaceflight programs to commercial space companies. In many ways, SpaceX revitalized interest in the quest to explore the cosmos. The Crew Dragon launch was the first manned NASA spaceflight in 9 years; the government agency is slated to partner with and outsources work to private companies for the next five years. 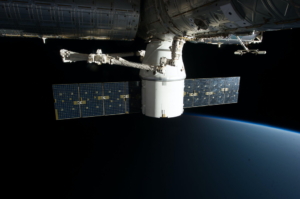 Intuitive Machines, a Houston based company, has agreed to ferry five NASA payloads onto the surface of the moon in 2021. The Intuitive Machines project has arranged to transport the payloads on SpaceX’s Falcon 9. Another NASA lunar lander, meant for the moon’s the South Pole, is due for launch in 2022 on a SpaceX rocket.

Whether or not SpaceX will achieve its intensely demanding timeline remains to be seen. Nonetheless, for many Americans, the company’s aggressive pursuit of spaceflight goals has sparked a long-dormant dream of seeing human beings stepping foot on foreign planets.