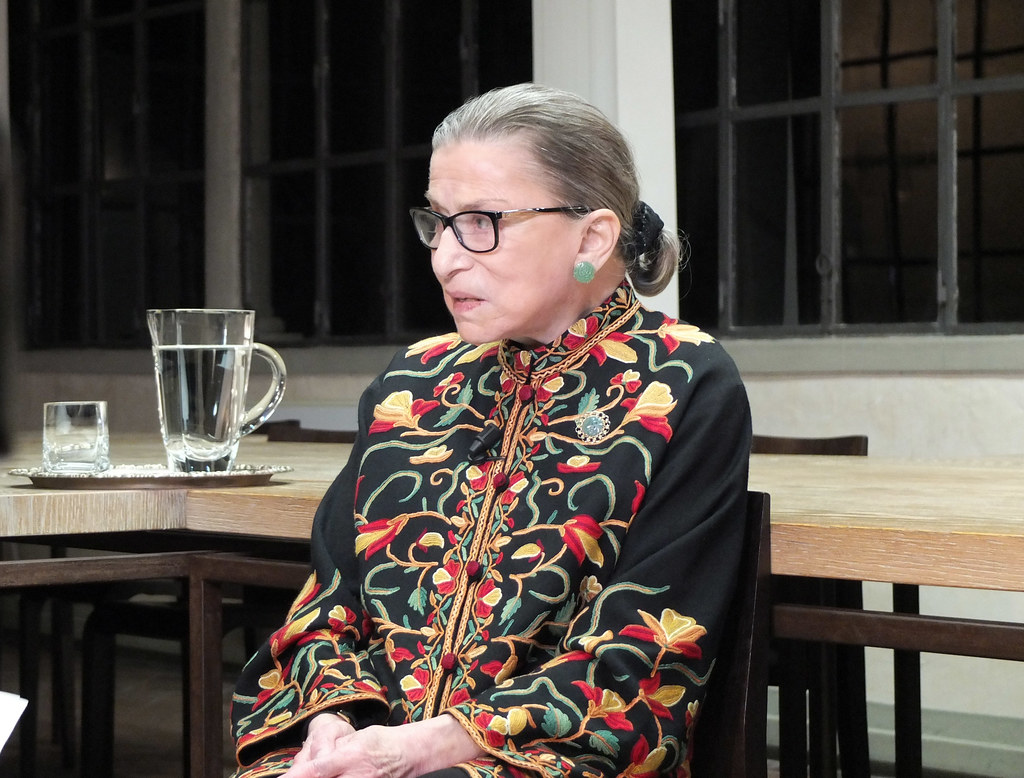 The mammoth New York Times obituary highlighting the career and accomplishments of Supreme Court Justice Ruth Bader Ginsburg cited “one of her favorite cases” as M.L.B. v S.L.J. — an obscure case that originated in chancery court in rural Benton County in north Mississippi.

Ginsburg, who recently died after serving on the Supreme Court since 1993 where she solidified her legacy as a progressive icon, wrote the 6-3 majority opinion that ensured Benton County woman Melissa Brooks (M.L.B.) had the right to appeal a chancery court decision that stripped her of all parental rights of her two young children.

“We place decrees forever terminating parental rights in the category of cases in which the state may not bolt the door to equal justice, recognizing that parental termination decrees are among the most severe form of state action,” Ginsburg wrote in her ruling.

In 1996, Brooks’ ex-husband (S.L.J.) asked a Benton County chancery judge to strip her of parental rights because he contended she was not spending time with the children after the divorce. She countersued, saying her ex-husband was denying her visitation.

The Benton County judge ruled in favor of the ex-husband, stripping Brooks’ parental rights of her two children, removing her name from her children’s birth certificates and replacing it with the name of her ex-husband’s new wife.

Brooks then appealed the judge’s decision to the Mississippi Supreme Court. In a one-page order, the state Supreme Court refused to hear the appeal because she could not afford to pay the $2,300 to purchase the chancery court transcript and provide it to the Supreme Court, as required in Mississippi appeals.

At that point, north Mississippi attorney Danny Lampley, who represented Brooks, contacted Jackson attorney Rob McDuff to get his thoughts on the case. After researching the case, McDuff, a Jackson lawyer who has taken on various social and voting-rights issues during his lengthy career, decided to try to appeal the Mississippi Supreme Court ruling to the U.S. Supreme Court.

McDuff told Mississippi Today said he had always heard that the Benton County case was one of Ginsburg’s favorites and said he was pleased when he read the New York Times obituary validating her fondness for the case.

“It is pretty rare for the Supreme Court to take an appeal from an unpublished one page order from a state supreme court,” said McDuff, now an attorney with the Mississippi Center for Justice. “But the issue was particularly compelling because it raised the principle of equal justice for the rich and the poor, as well as the principle that a person’s relationship as a parent to her children should not be forever terminated without careful review.”

McDuff had to craft a unique argument because past rulings had made it clear that besides providing a defense attorney in a criminal trial, the government generally was not obligated to provide help to impoverished citizens in court proceedings, and especially in civil cases. He argued that the complete stripping of parental rights was a unique circumstance.

He said “two principles converged” in his successful argument of the case. The first was that the courts had ruled that a person convicted on a criminal charge — even a misdemeanor charge — was entitled to an appeal even if the person could not afford to pay for a transcript.

“That principle had never been applied to a civil case,” McDuff said. But he also argued that “a termination of parenthood involved rights so fundamental that extra procedural protections were required beyond the usual civil case.”

Three of the conservatives on the U.S. Supreme Court at that time, Chief Justice William Rehnquist, Clarence Thomas and Antonin Scalia, dissented. Of those three, only Thomas remains on the court, though the conservative wing of the court now holds a majority that could be bolstered by Ginsburg’s replacement.

Amy Coney Barrett, nominated on Saturday by President Donald Trump to replace Ginsburg on the court, credits Scalia for helping to form her judicial philosophy. Many of the other conservatives on the high court also are viewed as similar to Scalia in terms of their views of the Constitution.

After the Ginsburg ruling in 1996, Lampley took the case back to the Mississippi Supreme Court, where the rights of Brooks were later restored.

Of his interactions with Ginsburg during oral arguments, McDuff said, “Justice Ginsburg had a quiet voice, but her questions were always incisive and went to the heart of the case. She constantly proved that a person doesn’t have to be loud or blustery to have a great impact on the world around them.”

Even among the select group of U.S. Supreme Court justices, McDuff contends that Ginsburg had an impact greater than most.

“Three justices who joined the Supreme Court in the last hundred years already had remarkable careers as social justice lawyers,” McDuff said. “Louis Brandeis joined in 1916 after many years fighting against industrial monopolies and protecting the welfare of workers suffering under appalling conditions in factories in the early years of mass production in the 20th century. Thurgood Marshall, the first Black justice, joined in 1965 after decades as a brilliant trailblazing civil rights lawyer in the legal battle against racial discrimination.

“And Justice Ginsburg joined in 1993 after many years at the forefront of the legal movement against sex discrimination. Like the other two before her, Justice Ginsburg lived a rich and momentous life with a particular focus on helping those who were the victims of unfair treatment in this country. And she brought a perspective to the court that was sorely needed and made it a much better institution.”

Some might contend that M.L.B. v S.L.J. was an example of that perspective.